Just days after launching its equity crowdfunding campaign on Seedrs, Estonian peer-to-peer (P2P) lending platform Investly has already secured more than £300,000 in funding from nearly 170 investors. The round is currently seeking to raise £500,000. 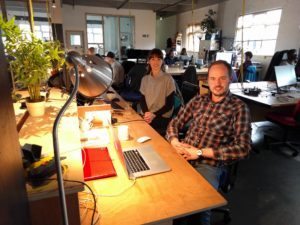 As previously reported, Investly was founded in 2013 and provides an invoice finance platform that allows users to upload invoices and get them paid with the best rates at a faster pace. Investly stated it helps European businesses finance their 30-180 day invoices on an easy to use marketplace that brings them the best price from multiple providers. Investly CEO Siim Maivel recently revealed:

“This is a new era for banks, so they’re interested in developing strategic partners in every possible business niche to ensure they maintain their place in the new supply chain. Our aim is to become one of these invaluable partners, which would enable us to significantly increase our business volumes whilst providing their SME customers a flexible product within their bank. We are delighted that Calum has joined us to help realise this vision, and we look forward to taking the business to the next phase of its journey with this investment round on Seedrs.”

Funding from the Seedrs round will be used primarily to accelerate partnerships and integrations with banks. Investors from earlier rounds include the international risk capital fund Speedinvest, which has also invested in fintechs such as Holvi, n26, Curve, Loot and Iyzico.