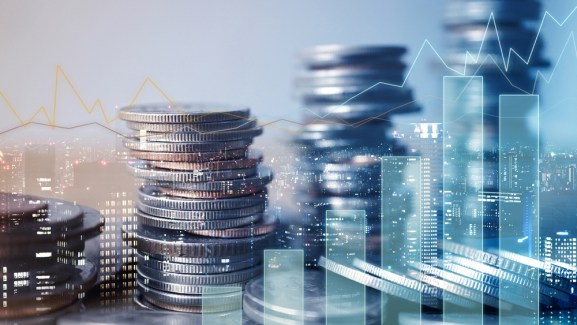 Great ideas often have the humblest beginnings, and it’s only after a ‘Eureka!’ moment that many realize their true potential. An excellent example is Avon, one of today’s most popular cosmetics companies, which began with a single door-to-door book salesman named David H. McConnell. McConnell noticed that he made more book sales when offering free samples of perfume to his female customers, and so he decided to drop the books permanently, setting up shop as the California Perfume Company.

His business took off, but like many, it required more working capital to get further off the ground. In his time, obtaining new business funding was only possible through banks or by borrowing money from friends and family, so McConnell likely went to his local branch and made a pitch. What eventually resulted is a multi-billion-dollar company, but what would Avon be today had McConnell failed to find investors? It likely wouldn’t exist, at least not in such an impressive state.

Investment is how a society collectively chooses which ideas are most worthy. It’s what turns a garage-based startup into a tech powerhouse listed on the NYSE, and this notion creates enormous amounts of wealth for those who can participate. With the prevalence of the internet and the dot com era, launching a new IT company has become easier than ever, but unfortunately, the internet’s convenience doesn’t extend into the investment sphere. It’s not difficult to invest in companies that are already established via the equity markets, but what about companies that have yet to bloom?

Barriers to entry for casual business investors remain hard to overcome. One can work extensively to try and break into angel investment rounds, but the amount of paperwork and effort required are a significant investment themselves. The transactional costs to process deals are daunting as well, but even so, the best ideas usually receive their funding behind closed doors of venture capital firms, due to their iron grip on institutional money.

Retail investors want to help startups by putting forth their own money, and rightfully so, given the potential rewards. However, the opportunities to do so are held at arm’s length, tantalizingly out of reach. It’s not that startups wouldn’t appreciate more variety in where funding comes from, especially if they can skirt the draconic equity requirements common to any VC firm, but the gatekeepers of this status quo keep it shut for selfish reasons. This has been the reality for some time, yet decentralized blockchain technology is already illustrating that the tides are finally changing.

Ambitious tech startups that need funding can now use blockchain platforms like OnPlace, which grant them access to a vast, decentralized community of retail investors. The digital ledger is the only tool robust enough to organize such an effort, and put it to efficient use. Projects listed on the OnPlace platform can tokenize the portions of equity they’re willing to part with, and make them available to the platform’s many participants. Smart contracts ensure that the process is standardized and enforced autonomously, which eliminates the burden of bureaucracy and execution that paper contracts impose on the existing paradigm.

A decentralized board of directors

Unlocking a window to retail investors will bring exciting new projects to the OnPlace network, which drives more participation and helps the system grow organically. While funding is put in the spotlight, OnPlace users will also be able to use the propriety Private Asset Tokenization System (PATS) to manage their various roles in the ecosystems in which they’ve invested. The protocol makes it simple to analyze new opportunities, obtain progress updates, exercise control over one’s shares, and vote on decisions that will make an impact on the network.

OnPlace represents a natural evolution of the ICO concept, which is still missing some of the functions necessary for complete transparency. ICO investors have few options when it comes to monittoring the progress of the projects they’ve invested in, and vetting ICOs for quality is a game of guesswork more than anything. By giving them a reliable framework, OnPlace seeks to bring more accountability to the industry.

It is in this spirit that OnPlace is hosting their own ICO, which begins with a pre-sale on February 1st, 2018. Contributors can look forward to being the most prominent voices in the next generation of IT startup funding, and will already have their tokens at hand when the big ideas of tomorrow start reaching the platform.

Sponsored posts are content produced by a company that is either paying for the post or has a business relationship with VentureBeat, and they’re always clearly marked. Content produced by our editorial team is never influenced by advertisers or sponsors in any way. For more information, contact sales@venturebeat.com.