The Paris Fintech Forum 2018 (#PFF18) was a huge event, here are a few highlights from the sessions moderated by Crowdfund Insider & friends. 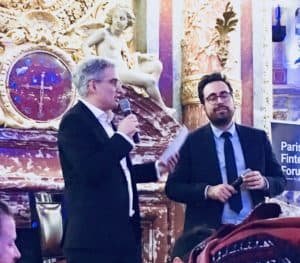 The conference gathered more than 2,500 delegates from more than 50 countries from the five continents at the old French stock exchange in Paris, France. Alternative finance was one of the many topics addressed – the event spans Fintech and Insurtech and topics ranging from cryptocurrencies and blockchain to Artificial Intelligence and to Regtech.

One of the event’s claims to fame is to have only CEOs as speakers. Thus, in the alternative finance category, the main stage panels lined up Rob Frohwein, the CEO of Kabbage, Giles Andrews, the Chairman of Zopa, Geoffrey Guigou, the CEO, of Younited Credit, Cameron Stevens, the CEO of Prodigy Finance and Shivani Siroya the CEO of Tala.

Here are a few highlights from the Alternative finance track which I chaired for Crowdfund Insider with the help of Bo Brustkern, the CEO of Lendit.

I did a bit of maths on the 16 alternative finance firms, mostly lenders, which Laurent Nizri, the founder and CEO of the Paris Fintech Forum had picked to represent the diversity of the sector around the globe:

These few numbers should serve as a reminder of what the online alternative finance sector has already achieved, and in what a short time!

Here follow a few highlights from the various sessions. 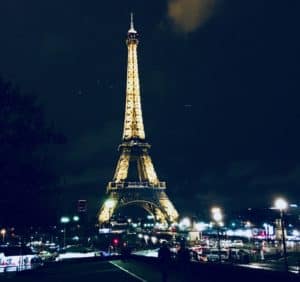 In this session, panelist Olivier Goy, CEO of Lendix, France, Jaidev Janardana, CEO of Zopa, UK, Alejandro Cosentino, CEO of Afluenta, Argentina, and Etienne Boillot, CEO of Eiffel eCapital, France confronted their growth strategies in marketplace lending and debated about the future of the business model.

As the oldest alternative lender and, so to speak, the founding father of the entire sector, Zopa’s growth strategy is significantly distinct from later entrants’. Zopa is competing head-on with UK banks for prime borrowers and is soon to become a bank itself. The company has so far prioritized building on its consumer trust capital to increase the depth and breadth of its UK customers’ relationships by launching new products rather than by expanding abroad. When good consumer credit scoring data becomes available in Continental Europe, notably though PSD2, Zopa will expand internationally.

By contrast, Lendix and Afluenta have entered their markets in 2014 and 2012, respectively, by tackling market segments that banks did not want to serve: SMEs looking for unsecured loans in Continental Europe in the case of Lendix; and, in the case of Afluenta, the hundreds of millions of Latin American consumers and SMEs who are excluded from the local underdeveloped and conservative credit markets. For these two companies, expanding internationally is a way of leveraging their model and positioning themselves as regional leaders without awaiting the time when they are mature enough to attract prime borrowers.

As the manager of alternative debt funds, Eiffel eCapital is investing in lending platforms. Etienne Boillot pointed out that institutional investors are very demanding in terms of net returns and that high returns might not be achievable when platforms compete with banks for prime borrowers.

Panelists Davis Barons, CEO of Creamfinance, Poland; Boris Batin, CEO of ID Finance, Spain; and Mark Ruddock, CEO of 4finance, Latvia, may be the best-kept secrets of global alternative finance. Founded respectively in 2012, 2012, and 2008, these companies have originated loan volumes measured in the €100s of million, and even, in the case of 4Finance, in billions of euros.

These firms may be little well-known because they originate loans under multiple local online brand names. In addition, they provide short-term loans to subprime consumers, which may put them, from an outsider point-of-view, into the frowned-upon category of payday lenders. In the local markets they serve, however, they do meet strong demand without this stigma attached to them.

All three brands claim to practice responsible lending. Their ambition is to use the efficient technology processes they’ve put in place to serve the subprime online and through mobile phone as a stepping stone towards profitably serving the near-prime, and ultimately the prime markets. Online alternative lenders are increasingly regulated as they grow in size and in particular as they raise money by issuing bonds on public markets. They’re definitely companies to watch.

Although operating in very different regions (Germany versus India) and in different markets (SME factoring versus consumer credit at the point of sales), both Billie and ZestMoney face the same challenge. The customers they’re targeting are too expensive to serve in traditional ways – which is why banks are simply not serving them. Therefore, the startups created respectively in 2016 and 2015, have no choice but to maximize the use of technology automation at all stages of the lending process, from recruitment to collection ‒ including compliance processes such as AML and KYC.

Credit scoring and risk pricing are, of course, a huge part of these firms’ technology investment. They had to develop specific scoring models for their target customers. Their challenge is not only to develop new scoring algorithms using technologies such as machine learning, but to select the right data, and, if data is not available, to find the most highly predictive data proxies.

The same concern drives Aire, a next-generation credit bureau which provides credit scores to consumers with no financial credit history. The company uses a virtual interview to get at the “character” of a borrower which is considered a strong individual predictor of creditworthiness.

All three companies are concerned with making sure that technology avoids reinforcing existing social biases in underwriting. 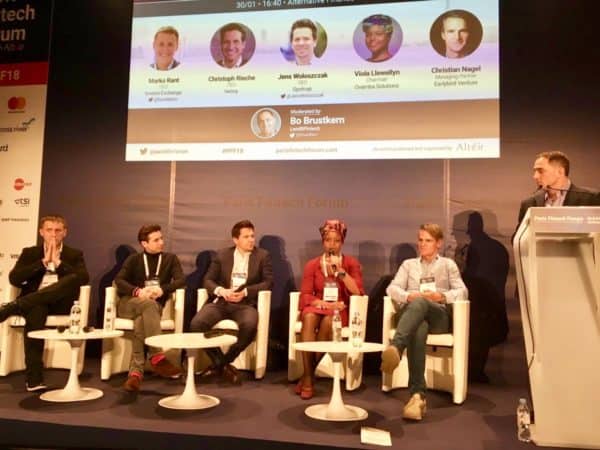 “This illustrious panel kicked off with an acknowledgment that the industry has evolved into a panoply of business models. The question at hand was whether it was worthwhile to perform the balancing act of investor and borrower acquisition as a true marketplace. Chris of iwoca weighed in on the advantages of balance sheet lending, with clear evidence – in the form of lending volume – as support for his argument. Marko of Invoice Exchange provided an argument for staying true to the marketplace ideal, which if done well can act as a true exchange. Christian of Earlybird Ventures made it clear that whatever the model, it is the client experience – that is, the borrower experience – that is critical for an online lender to execute well. Speaking of execution, Viola of Ovamba shared how a scrappy lender can generate profits in Africa by creating adaptive, mobile-first lending solutions. Finally, Jens shared the strategy behind Spotcap’s move to Lending-as-a-Service (LaaS), which last week they announced along with their partnership with 130-year old Bawag Bank of Austria.

What’s on the horizon? All agreed that there is much work to do in European SME lending, which has a uniquely complex banking and regulatory landscape. But with the advent of open banking and the blockchain, there was a palpable feeling of optimism on this panel. The opportunity to build uniquely better SME lending solutions in Europe and Africa is real, and vast.”

There is much work to do in European SME lending, which has a uniquely complex banking and regulatory landscape #Fintech #OnlineLendingClick To Tweet

The challenges of Crowdinvesting

2) the digitization of the fundraising process and, in particular, of its back office.

The panelists, including Julian Hosp who recently closed an $80 million ICO, agreed that retail investors must be protected from investing all their savings in high-risk ventures. They approved of crowdfunding regulations, such as France’s, which put a cap on the amount of money a retail investor may invest per project. While there is a trend in crowdfunding towards walled-garden platforms such as private placement platform FirmFunding, the benefits of the community aspect of open crowdfunding platforms and ICOs should not be underestimated.

After a short debate, the panelists agreed that the traditional processes of private equity and private debt raising are in need of a major digital revamp. The syndication model of many modern-day deals where VCs, family offices, angel investors and retail investors co-invest under the wings of a lead investor, as at Invesdor, require efficient and transparent communication. Platforms not only ease startups’ and SMEs’ access to capital, they also provide them with tools to manage their cap table and their investor relations. 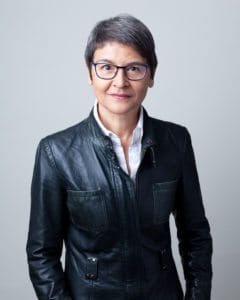 Therese Torris, PhD, is a Senior Contributing Editor to Crowdfund Insider. She is an entrepreneur and consultant in eFinance and eCommerce based in Paris. She has covered crowdfunding and P2P lending since the early days when Zopa was created in the United Kingdom. She was a director of research and consulting at Gartner Group Europe, Senior VP at Forrester Research and Content VP at Twenga. She publishes a French personal finance blog, Le Blog Finance Pratique.