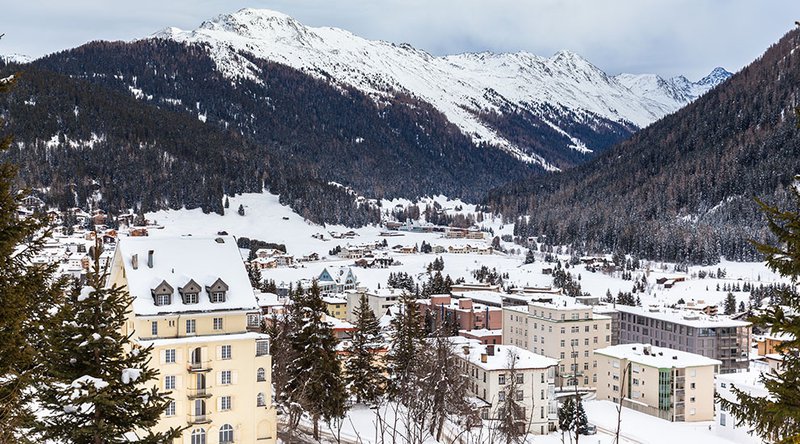 The World Economic Forum (WEF) has long been a lightning rod of global discussion on economic, social and political trends. This year’s gathering in Davos, Switzerland, was no exception.

Blockchain technology emerged center stage last week as a key discussion theme, receiving praise from attendees for its cutting-edge potential. Bitcoin and the future of cryptocurrencies, too, were highly discussed topics at the forum, not just casually but also in an official session and a few panel discussions. There, cryptocurrencies were the subject of intense debate among looming questions about its long-term viability and worth.

Ahead of Davos, Nobel Prize–winning economist Robert Shiller joined a growing chorus of prominent Bitcoin naysayers, telling CNBC that Bitcoin “might totally collapse and be forgotten and I think that’s a good likely outcome[,] but it could linger on for a good long time, it could be here in 100 years.”

Chatter surrounding Bitcoin’s reputation as a haven for illicit activities persisted among WEF attendees as well. Christine Lagarde, managing director of the International Monetary Fund, said during a panel discussion: “The fact that the anonymity, the lack of transparency and the way in which it conceals and protects money laundering and financing of terrorism and all sorts of dark trades is just not acceptable.”

In a brief interview by email with Bitcoin Magazine, WEF Member Jennifer Zhu Scott offered an alternative perspective to Shiller, Lagarde and others regarding Bitcoin’s meteoric rise and future possibilities.

“Most of the status quo are still in denial. But we are at the cusp of a complete transformation of the financial industry. The fact we are even talking about it at Davos is already a validation of progress within the [Bitcoin] movement.”

Zhu Scott is the founding principal at Radian Partners and Radian Blockchain Ventures, a firm that targets private investments in artificial intelligence and the blockchain and their applications to climate-change-related projects such as solar infrastructure and carbon-credit trading.

She said that Shiller lacks a comprehensive understanding of the underlying (blockchain) technology and its economic implications. According to Zhu Scott, Shiller’s comments on Bitcoin and those who believe in it were based on impressions instead of sound research.

“One common mistake the status quo often makes is to judge Bitcoin as the destination of the digital asset movement. For while it has certainly caught people’s imaginations, we are only seeing the very early stages of it,” said Zhu Scott, who was an active participant at this year’s forum.

She was quick to offer the reminder of how messy the internet was back in the 1990s, particularly with respect to its application to business. “Look back at those who said, ‘Because the dot-com boom is a bubble, the internet will go nowhere.’ They now sound silly. But people are making these same mistakes.”

Zhu Scott was particularly taken aback by Shiller’s highly critical comments onstage, where he stated that Bitcoin enthusiasts are “selfish” and “in it for money.”

“It would have been like me asserting that his economic theories were hurting the little guys without understanding what GDP was. Those with a voice, such as Shiller and the other Nobel Laureates, have a responsibility to look beyond the noise and understand the fundamental shift that is happening.”

All debate aside, Zhu Scott says that the fact that we are still talking about Bitcoin after almost a decade, and the fact that Bitcoin is still alive and thriving, proves that it’s a powerful idea.

“The debate at Davos this year was important as it offers a pragmatic view on Bitcoin and the token economy,” said Zhu Scott. “It was an opportunity to acknowledge its weaknesses while also inspiring people to focus on its potential. To me, Satoshi Nakamoto’s gift to the world will likely have a much larger impact on the future monetary reality than any of the Nobel Laureates who feel so urged to offer conclusions.”