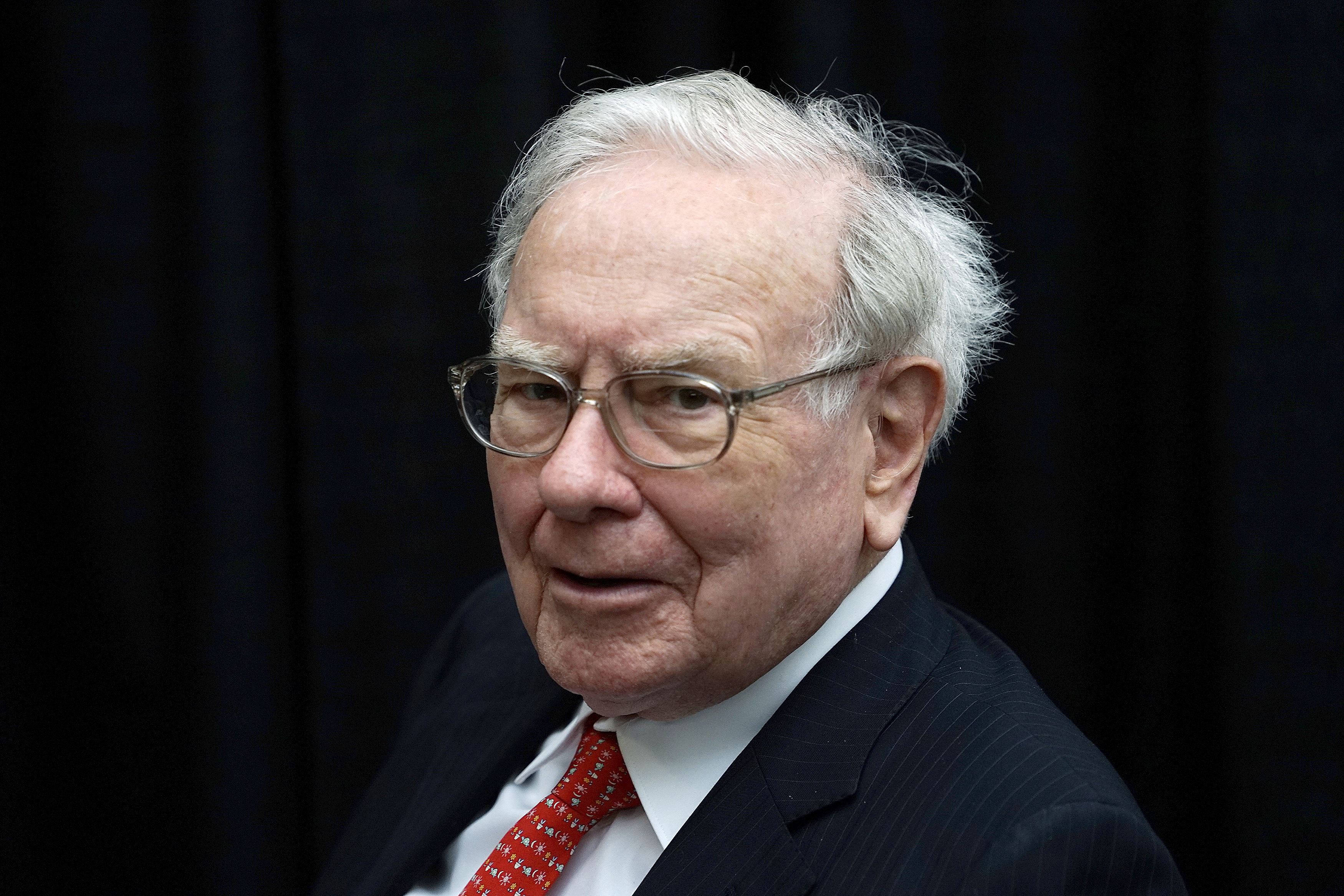 It’s hard to imagine a lunch where the guests contrast as starkly as this pair: 88-year-old American billionaire Warren Buffett, dubbed “the Oracle of Omaha,” and 29-year-old Chinese cryptocurrency entrepreneur Justin Sun, once described by Chinese state media as “the face of China’s millennial entrepreneurs” (in Chinese).

The two will sit down together in San Francisco’s historic Jackson Square on July 25, along with seven guests chosen by Sun. They will dine at a location the crypto-entrepreneur says he selected because it “represents the traditional and the upstart—much like the participants in the lunch itself.” Sun paid $4.5 million to win the charity lunch auctioned annually by Buffett. He hopes the meal will “bridge the divide between the blockchain industry and traditional investors” and change the outlook of an investment guru who famously called cryptocurrency “rat poison squared.”

I’m pleased to announce that this years eBay #PowerOfOneLunch with @WarrenBuffett will be held July 25 at @quincesf, a three-Michelin starred restaurant in San Francisco’s historic Jackson Square. #TRON #TRX https://t.co/XZCt3lY8oI

Sun Yuchen, as he’s known in China, is the fourth Chinese businessman to win the right to grab steak and hash browns with Buffett. Unlike his predecessors (in Chinese), Sun, born in 1990 into a life that has coincided with China’s three-decade economic boom, represents the “virtual economy.” The American investment guru, in contrast, has built up most of his $84 billion net worth by investing in businesses with tangible products. Tellingly, he did not invest in tech companies until he took a stake in IBM in 2011.

Their attitude toward spending their wealth also distinguishes the two men. Buffett is known for his frugal manner and still lives in the Nebraska house he bought for $31,500 back in 1958. Sun, meanwhile, “likes to show off the flashy logos of luxury items he bought and cares a lot about his looks, forcing himself to eat only salads to keep fit,” according to a 2015 GQ China profile (in Chinese). Sun said his aim is to show people “my achievements, convincing them that they should talk to me.”

Can Buffett, who has famously said he “never invests in a business he cannot understand,” get his head around Sun’s Tron Network? The blockchain platform is meant to allow entertainment content creators to share their work directly with users. A Coindesk report says that more than 64% of the decentralized apps (dapps) on the Tron network involve gambling, according to analytics firm Dapp Review. Users can bet with the Tron token—Tronix, or TRX—and also receive tokens as winnings. In an interview (link in Chinese) earlier this year, Sun said the prevalence of gaming dapps “is in line with our expectations, because the dapps focus on entertaining people.”

Tron’s initial coin offering (ICO) for TRX was completed in September 2017, just as Beijing banned all ICOs and local cryptocurrency exchanges to keep a tighter reign on the financial system. The ban has prompted cryptocurrency founders to shift their operations to Japan and Hong Kong, and, in Sun’s case, San Francisco last year. In 2018, Sun bought the US peer-to-peer file-sharing company BitTorrent, which he plans to integrate with the Tron platform.

Two years after its ICO, Tronix is the 11th largest digital coin in the world by market cap ($1.5 billion)—but that rise might not convince Buffett of its worth.

“Buffett’s investment philosophy is to buy things at a price cheaper than their actual value, so they will have room to appreciate. Whereas, it’s the opposite case for ‘air coin,’” said Shen Meng, founder of Taiwan-based blockchain firm Mahamudra Technologies, using a term invoked by Chinese investors skeptical of the hype around cryptocurrency.

Despite its relative success, Tron has faced challenges, including most recently investor accusations that it failed to act against a scam project that went by a similar name to Tron’s Chinese name, Bo Chang, or Wave Field. The project vanished abruptly last month, leaving investors out some $30 million. In a statement (in Chinese) on China’s Twitter-equivalent Weibo, Sun said Tron reported the case to the police and doesn’t have any ties to the project.

Sun did not reply to questions for this story. A Tron spokesperson referred Quartz to Sun’s Weibo statement when asked about the Wave scheme, and did not reply further.

Like many of his well-educated peers, Sun—who studied history at the prestigious Peking University—was drawn to liberal political ideas. That tendency deepened after a semester abroad in Hong Kong. He organized discussion groups and wrote articles criticizing government and school policies, according to the GQ profile. After the school announced a plan to tailor academic guidance to students according to various categories, such as being low-income or holding “extreme thoughts,” he wrote in a widely circulated online post, the effort was “a cruel thing that tries to institutionalize the tight control of all of PKU’s students. Am I living in Nazi Germany or a respected university?” Such posts helped him shoot to fame online and landed him on the cover of Hong Kong-based magazine Yazhou Zhoukan as a young “opinion leader” (link in Chinese).

“Some might argue that Sun became an opinion leader just to become famous, but I think it was more of a natural result of the overall social atmosphere back then in China. The figures people worshiped at that time were not rich people or entrepreneurs, but rather liberal academics or critics. This has all changed now, of course,” journalist Zhang Jieping, who interviewed Sun for the Yazhou Zhoukan cover story, told Quartz.

It was while studying for a master’s in political economy at the University of Pennsylvania in the US, Sun discovered his passion for the crypto world. He became a paper millionaire by investing early in bitcoin and on his return to Beijing in 2013, he joined Ripple Labs, the US firm that developed the Ripple payment protocol. The same year, he also founded Peiwo, a voice-based social dating app.

Soon he won an endorsement from China’s establishment. In a 2015 interview with state-owned online broadcaster CNTV, Sun said China “has the best environment for entrepreneurs in the world” (in Chinese) while the website also lauded him as “a pioneer of China’s young entrepreneurs.”

Last year, Vitalik Buterin, co-founder of the Ethereum platform, and others accused Sun of plagiarism because of similarities between the white paper explaining Tron’s purpose and those of other projects.

Sun denied that the paper was plagiarized.

Last month, an editorial in the influential Beijing News, (in Chinese) said Sun’s wealth was built on feeding speculation by retail investors who don’t understand digital assets. Sun is famed for his frequent overblown announcements, and other publicity stunts. “The Chinese public has long had a deep distaste towards the behavior of cheating retail investors’ money,” it said. “There’s nothing wrong with becoming rich, but one needs to stick with the basic moral bottom line.”

But Sun has brushed off his critics. In June, when Tron’s market cap temporarily exceeded that of US-listed Sogou, Sun pointed to that as proof his business is more successful (in Chinese) than that of Wang Xiaochuan, CEO of China’s second-largest search engine, Sogou, referencing a televised chat the two men had years earlier. Wang at the time had said he had “not seen any actual results delivered by Sun but only heard boasts from the young entrepreneur.”

“Just as scientists need to publish studies and artists need to create artworks, entrepreneurs also need to prove their value through market cap of their firms. How about taking a look at the market cap of Sogou and Tron after three years and see which company is valued higher? Let’s bet 100 bitcoins on the results!” Sun wrote in a Weibo post (link in Chinese) last month.